Matthew J. Bergstrom, Esq. is a member of the bar in California, Michigan, Nevada, Virginia, and the District of Columbia. He serves as Managing Attorney of Bergstrom Attorneys PLLC, a law firm he started in 2010. He possesses over 25 years of combined legal and business experience helping clients pursue opportunities, reduce risks, and defend their freedom. His work has been featured in numerous media outlets, including the Wall Street Journal, the Washington Post, and on various TV and radio programs. He regularly teaches topics in the law for lawyers and at the university level.

Before establishing Bergstrom Attorneys PLLC, Mr. Bergstrom’s career was international in scope. He worked for law firms in Helsinki, Finland and St. Petersburg, Russia. He served as an advisor to the Foreign Ministry of Kyrgyzstan. While based in Washington, DC, San Francisco, and Atlanta, he maintained a long-term relationship with a Fortune 100 company through which he provided expertise in global security.

Mr. Bergstrom’s teaching experience includes continuing legal education programs for the American Bar Association, the Federal Bar Association, the Financial Planners Association, and other organizations. He serves as an Adjunct Professor for business law at William Jessup University, where he also serves on the Board of Advisors for the school's Institute for Public Policy.
In addition to his practice of law, Mr. Bergstrom is an entrepreneur. He manages a successful e-commerce venture he created to offer low cost, self-help legal solutions. That platform has served hundreds of thousands of customers and has consistently achieved double digit growth since its launch in 2015.

Mr. Bergstrom earned his law degree from the Maurer School of Law at Indiana University in 1997. During law school he served as Executive Editor of the Federal Communications Law Journal. The University awarded him the Elliot R. Lewis Scholarship and an International Fellowship in Central Asia. He received an MBA in international business from the Helsinki School of Economics (now ‘Aalto University’), and he graduated from Michigan State University's James Madison College with a BA in international relations and Russian.

Mr. Bergstrom divides his time between his home near Lake Tahoe in Nevada and Arsenal Attorneys’ headquarters in Northern Virginia near Washington, DC. His family enjoys spending time at his in laws’ farm in Northern California which dates to the late 1800’s. 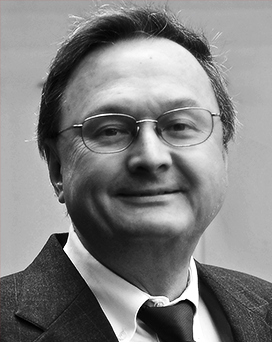 George L. Lyon, Jr. has represented clients in complex areas of the law for more than 35 years, and he has been a plaintiff in a landmark United States Supreme Court decision. He is an experienced litigator in both civil and administrative forums, as well as before appellate courts.

Mr. Lyon is a member of the Virginia, District of Columbia and Supreme Court bars, as well as the bars of several lower federal courts. He earned his law degree in 1979 from the Marshall Wythe Law School of the College of William and Mary where he served on the William and Mary Law Review. He holds a Bachelor of Arts in Law and Society from the University of Virginia where he was special projects and production editor of The Cavalier Daily and a member of the Jefferson Literary and Debating Society. He is the author of “Ethical Responsibilities of Defense Counsel in the Juvenile Court” published in the Journal of Juvenile Law. 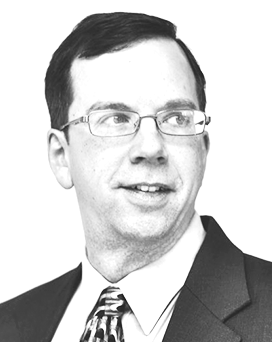 Mr. Pelkofer earned his law degree in 2005 from the Georgetown University Law Center in Washington, D.C.  During law school, Mr. Pelkofer served on the Georgetown Journal of Legal Ethics where he co-authored a published law review article titled, “Lawyers, Ethics, and Fees: Getting Paid Under Model Rule 1.5”.  Mr. Pelkofer also served as a law clerk for a small firm in Maryland that focused on real estate and small business transactions. He is a member of the Virginia bar.

Mr. Pelkofer earned his graduate degree in public policy analysis at the H. John Heinz III School of Public Policy and Management at Carnegie Mellon University.  He is a twice-awarded W.W. Cooper Merit Scholar.  During his summer internship at the Allegheny Institute for Public Policy his research thesis regarding land use and development, urban sprawl, and eminent domain was published in several local newspapers including the "Allentown Morning Call," and the "Bedford Gazette."  Upon earning his graduate degree, Mr. Pelkofer worked at the U.S. Government Accountability Office for several years working on various federal tax policy issues.